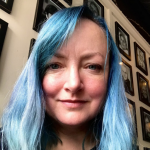 Quality is a vague and undefined term, and yet it is an important consideration when we decide whether to buy something. In eCommerce, since people cannot physically touch or try an item before buying it, they must assess the quality with information available online. In this talk we discuss the notion of quality and ways it has historically been measured. We present recent research in Alexa Shopping that addresses unique considerations in improving people’s ability to assess information online, and we discuss how people judge the quality of an item they are considering purchasing. 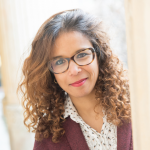 The widespread adoption of continuously connected smartphones and tablets drove the proliferation of mobile applications, among which many use location to provide a geolocated service. The usefulness of these services is no more to be demonstrated; getting directions to work in the morning, leaving a check-in at a restaurant at noon and checking next day’s weather in the evening is possible from any mobile device embedding a GPS chip. In these applications, locations are sent to a server often hosted on untrusted cloud platforms, which uses them to provide personalized answers. However, nothing prevents these platforms from gathering, analyzing and possibly sharing the collected information. This opens the door for many threats, as location information allows to infer sensitive information about users, among which one’s home, workplace or even religious/political preferences. For this reason, many schemes have been proposed these last years to enhance location privacy while still allowing people to enjoy geolocated services. During this presentation, I will present the latest advances in location privacy by focusing on : (1) advances brought by ML techniques for better understanding the threats to users’ location privacy and (2) advances brought by ML for the design of novel protection mechanisms. 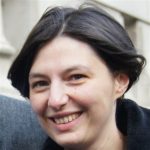 Computational workflows describe the complex multi-step methods that are used for data collection, data preparation, analytics, predictive modelling, and simulation that lead to new data products. They can inherently contribute to the FAIR data principles: by processing data according to established metadata; by creating metadata themselves during the processing of data; and by tracking and recording data provenance. These properties aid data quality assessment and contribute to secondary data usage. Moreover, workflows are digital objects in their own right. In this talk we will discuss FAIR principles for computational scientific workflows. We will highlight remaining challenges to address the workflows specific nature in terms of their composition of executable software steps, their provenance, and their development. 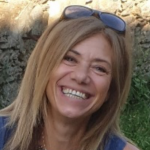 Influence, Radicalization and Dangerous Things : What AI Can Reveal About the Phenomena

Today, we are witnessing, across Europe, a growth in protest movements targeting diverse specific groups (e.g. law enforcement agencies (in particular the police forces), LGBT, foreigners/immigrants, media, intellectuals, politicians). Participants in these movements are also very diverse ranging from peaceful groups of citizens to violent radicalized individuals or even states whose aim is solely to cause as much chaos as possible to gain power. There is, however, one common element, which unifies all these movements and individuals: their use of the Internet. Radicalized groups or states are often behind these protest movements. They manipulate people’s opinions on social networks to promote violence, hate, racial religious and/or social group intolerance inside European societies, leading to social polarization and endangering democracies. The development of research and technologies using Artificial Intelligence able to early detect online radicalization and influence can support the capability of European societies to prevent social polarization and violent radicalization. In this talk, using examples from different projects and use cases, we will present where, how and to what extent AI can help in understanding, detecting, anticipating and preventing online influence and radicalization. 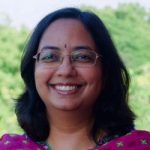 The focus of this talk is on the construction of knowledge-bases for specific « verticals » or domains. While large, general-purpose knowledge-bases have been built and used for applications such as question-answering and search, we do not see the same amount of work on specialised KBs. For some domains (for ex: the Bio-Medical domain) there are already well-curated ontologies and databases which partially address this gap, but the issue of how to integrate them is not completely solved. For other technical domains such as Information Technology, or specific types knowledge such as opinions or events, no such extensive, structured KBs exist. In this talk, I will give a broad overview of our work in the space of domain-specific KB construction and some of the lessons we have learnt. I will further talk about some standard and non-standard applications that make use of the KB as a resource. 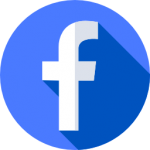